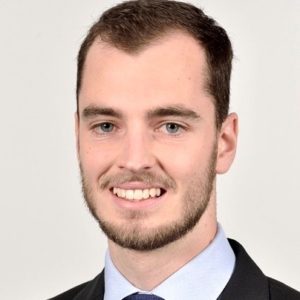 In 2019, the French President launched a citizen convention for the climate, comprising 150 French randomly selected citizens. The purpose of the convention was to define a series of steps to help France reduce its greenhouse gas emissions by 2030.

This initiative led to the proposal of various environmental laws, including law No. 2021-1104 of 22 August 2021 on fighting climate change and strengthening resilience towards its effects. In light of increasing criticism of aviation, the industry was, unsurprisingly, no exception to the newly enacted law.

Article 147 of law n° 2021-1104, which entered into force on 1st January 2022, amended the French Code of environment to provide for an obligation for air transport operators to compensate their greenhouse gas emissions. A draft implementing decree was recently released and the Government has called for comments from interested parties.

Article 1 of Law No. 2021-1104 refers to the Paris Agreement and to EU Regulation 2018/842[1] and restates France’s undertakings relating to emissions reductions. However, the new law and its implementing decree are not a direct result of the EU regulation and do not aim at having French law conform with such regulation. Rather, they form part of France’s own initiative to reduce its greenhouse gas emissions.

Operators that cannot demonstrate their compliance with such regulations will receive a notice from the administrative authority ordering them to comply within two months (which can be extended to three months at the authority’s discretion). Failure to comply will lead to an administrative fine, however, the payment of such a fine will not release operators from their obligation to compensate their emissions.[5]

As law n° 2021-1104, and therefore articles L.229-56 to L.229-60, have only provided for the general framework of these new obligations, an implementing decree must specify the terms of such obligations.

On 17 January 2022, a public consultation was opened relating to such decree, a draft of which was released to enable citizens to provide their comments before 6 February 2022. The decree, which is being reviewed by the Council of State, aims to clarify the compensation obligation and set the criteria with which the compensation programmes must comply. These clarifications are further explained below. As of the date of writing, no amendment has been made to the draft decree released in January.

Operators affected by the compensation regulations

The decree lists the information that operators must provide to the competent authority and how controls will be conducted. Operators will have to send a greenhouse gas emission report before 31st March each year relating to their activity over the previous year[7], as well as a certified compensation report before 1st June each year (the certification process is also provided for in the decree). The compensation report must include a list of emissions reduction projects and their characteristics (e.g. location, start year and financing methods), along with supporting documents.[8]

The decree confirms that the authority in charge of verifying the compensation scheme is the minister of transport, except in cases where the minister of environment is specifically stated to be the competent authority.[9]

The decree provides eligibility criteria that will apply to compensation programmes[10].  Operators will be able to compensate their emissions through projects that:

How does compensation take place?

Operators will be able to compensate their emissions by cancelling an amount of carbon credit (acquired through compensation programmes) equal to the emissions originating from their activity during the previous year. Such cancellation is to be made before 30 April each year.[11]

As mentioned above, this decree has yet to be formally passed and published. However, the legislation on carbon emission compensation entered into force on 1st January 2022 and it is only a matter of time before the decree is officially issued. It is understood that this decree is a priority of the French government and that it is likely to come into force before the expiry of current legislative term (i.e. before May 2022).

As noted above, the carbon emission threshold is fairly low.  As a result, small operators may be subject to the regulation.  Complying with the new regulation may not be a problem for scheduled airlines that also operate international routes and have the resources (both in terms of finance, HR and IT) to deal with the added administrative burden.  However, small operators (e.g. local charter and air taxi operators or regional carriers) will struggle to acquire and implement the tools to enable them to comply with their reporting obligations.

[1] Of the Parliament and of the Council of 30 May 2018 on binding annual reductions of greenhouse gas emissions by Member States from 2021 to 2030 contributing to climate action (to be reviewed in the near future).

[2] It is worth noting that the term “domestic flight” does not include flights from metropolitan France to its overseas regions. Although this is not detailed in the draft decree for now, a more precise drafting will be included in the final draft.

The French ministry of ecological transition makes a calculation tool available to the public here https://eco-calculateur.dta.aviation-civile.gouv.fr/. As an indicator, CO2 emissions during a Paris-Marseille flight (around 650 km) amount to 69,5 kg/PAX.