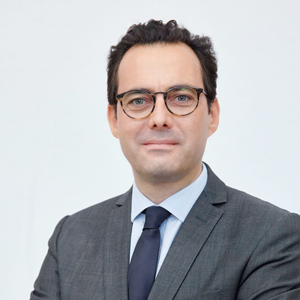 While first-demand guarantees (also called independent guarantees (garantie autonome)) are well known and widely used in structured or cross-border financing (eg, aircraft financing), they were initially a legal concept created in the late 1970s by practice and case law alongside the growing internationalisation of business and the development of new security instruments in other countries. It was only under a recent and major modernisation of French security law (starting in 2006) that the Civil Code formally recognised the existence of first-demand guarantees.

Regrettably, this codification consisted of a single article which quickly appeared to be insufficiently extensive, leaving room for interpretation and which, unsurprisingly, gave rise to significant case law, in particular with respect to the drafting of first-demand guarantees.(1) Indeed, the failure to draft a first-demand guarantee correctly may lead a French court to recharacterise it as a suretyship (cautionnement).

In a decision of 12 December 2018,(2) the Court of Cassation(3) clarified its position on this specific matter. Considering the significant consequences for the beneficiary of a guarantee (depending on whether it is characterised as a first-demand guarantee or suretyship) the Court of Cassation’s reasoning should be looked at carefully by any drafter of a first-demand guarantee.

In this particular case, a lender granted various loans to several borrowers that were secured by a guarantee issued by a bank and which was deemed to be, at least in the lender’s mind, a first-demand guarantee.

The wording of the guarantee in dispute was as follows :

We, [the bank], irrevocably undertake to pay to [the lender] upon its first demand and not to raise any exception or objection whatsoever, any amount up to a maximum of EUR… in exchange for [the lender’s] written confirmation or swift certifying that the requested amount is due as a result of the payment default of the [borrower]. (Translation.)

At some point during the loan, the lender requested the payment of the guarantee from the bank and the borrowers stood up against this payment demand, claiming that the guarantee was a suretyship and not a first-demand guarantee based on the argument that under the guarantee, the bank’s payment obligation was subject to the written notification that the requested amount was due as a result of the borrower’s failure to pay.

The court of appeal dismissed the argument and ordered the bank to pay the guarantee, arguing that :

However, the Court of Cassation ruled otherwise. Without challenging the well-established principle that a mere reference to the guaranteed contract in a first-demand guarantee does not prevent it from being characterised as such,(4) the Court of Cassation considered in that particular case that characterisation as a suretyship had to be upheld due to the specific wording used in the guarantee, which evidenced the parties’ intention to cover the debtor’s debt rather than the guarantor’s obligation to pay a certain amount pursuant to the first-demand guarantee.

view, as it would still benefit from the strong security provided by the Civil Code; however, the consequences of such a recharacterisation are not negligible.

While the recent decision does not constitute a groundbreaking turnaround in case law on guarantees, it is a reminder that first-demand guarantees should be drafted with much caution to ensure that the guarantee effectively protects the lender or lessor. As the Court of Cassation confirmed, a few words can make a world of difference.

For further information on this topic please contact Thomas Boone at Odi-se Avocats by telephone (+33 1 7935 0750) or email (tboone@odise.com). The Odi-se Avocats website can be accessed at www.odise.com.

(3) The highest court in the French judiciary.

(5) « The independent guarantor may not raise any exception pertaining to the obligation guaranteed. »